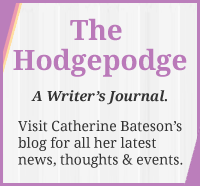 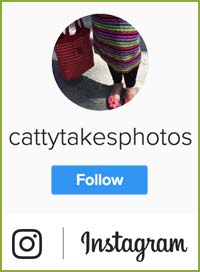 Jump to: Reviews · Other Trifles 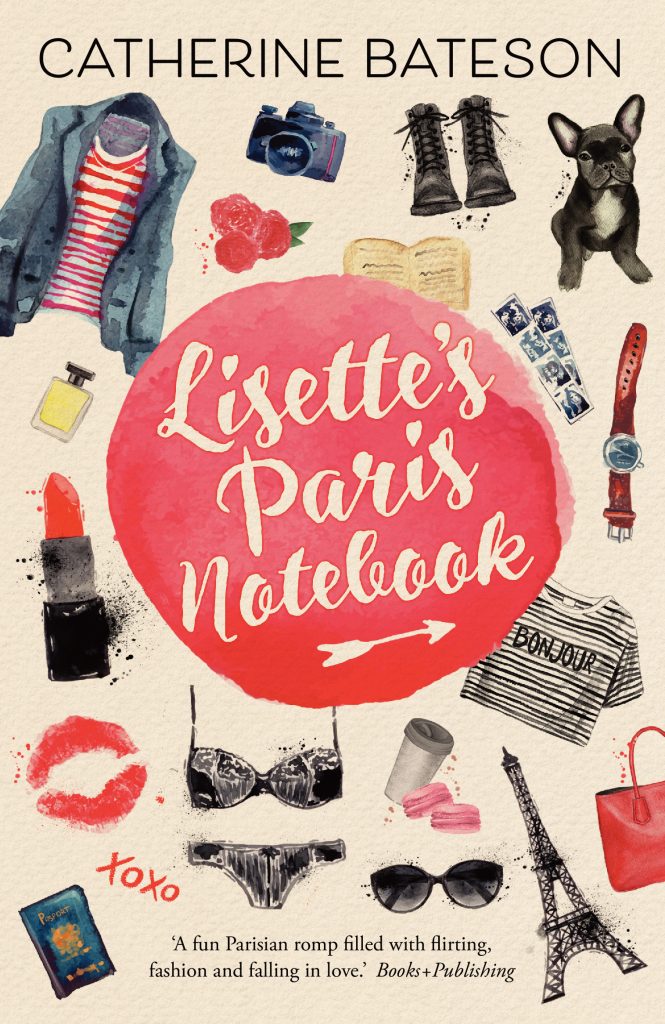 What do you wear to Paris? Ami and I discussed it for hours but I still couldn’t think of anything suitable. Ami said a trench coat with nothing underneath but your best underwear. That was only if some boy was meeting you at the airport, I said.

Eighteen-year-old Lisette has just arrived in Paris (France!) – the city of haute couture and all things stylish – to practise her French and see great works of art. Her clairvoyant landlady Madame Christophe forces her to attend language lessons with a bunch of international students more interested in studying boys than art or verbs…

In 2013 I was the recipient of a three month Paris residency granted by the Australian Council for the Arts. I applied because I’d had an idea that I wanted to write a kind of homage to one of my favourite writers, the French novelist, Colette. I’d discovered her as a young adult and I must have read everything, she’d published by the time I was a young woman. In English, not the original French.

Growing up in a bookshop has distinct advantages! I just had to alert my mother to my latest literary love and she’d  snaffle any that came through our bookshop – and any she found on her book-buying travels.

I also learnt French – with an ex-university lecturer, Mademoiselle Campbell-Brown. I’d arrive each week at her small Spring Hill house in Brisbane in the late seventies and be ushered through to her kitchen where we’d sit over an ancient grammar book, copies of French Vogue and Le Petit Prince. Mademoiselle was a complete Francophile, with a huge map of Paris on one wall of her study.

She was an erudite, generous, and intriguing woman who wore her long hair coiled around her head in a heavy braid. She had never married but, through the bookshop, I met a few men of her generation who remembered her with a fondness that hinted at intimacy. My studies with Mademoiselle, my adulation of Colette and, later, my contact with the Diaries of Anaïs Nin and, later still, my reading of Gertrude Stein’s Autobiography of Alice B Toklas and Hemmingway’s A Moveable Feast, all fostered a romantic love for a past literary Paris. Of course, I longed to go there – and to travel back in time the way Woody Allen’s hero, Gil Pender, does in the film, Midnight in Paris.

Failing that, I thought I could write about a young Australian girl who goes to Paris and I might be able to express through that story, something of my own yearning as a young adult for my identity to solidify during those years it shifted from hero to hero and romantic interest to romantic interest.

So Lisette was born.

The homage to Colette turned out to be her clairvoyant landlady, Madame Christophe, an acerbic, but generous character with decided opinions. She’s a bit of a wheeler dealer – she has to be – clairvoyants don’t make much money, despite her internet connections! I think Colette would have approved both of her style and her matter-of-fact appreciation of her gift as a reader of futures. She’s a homage, too, to all the older women in my life who defied convention and, with humour and wisdom, allowed me to find my own self.

The Oz Council flat is in a large block of studio apartments in the Marais – where I based Madame Christophe’s occult bookshop. Lisette occupies a tiny apartment there for the summer of her gap year. She’s uncertain – as I certainly was at her age! – and she’s wrestling with who she might grow into. She falls in love. Of course.

I won’t say anything more – but hope you enjoy the story! (And isn’t the cover great? Big thank you to Debra Billson.)

P.S. I know that some readers might think that Fabienne is a clichéd French character – arrogant, opinionated and relentlessly chic. I’d love to have invented her, but I’m afraid she’s very much based on a real person. I hope you’ll appreciate her outrageous flair as much as I loved it in the Fabienne original.

Lise was a complicated but genuine character.... She's a girl who likes to have a plan, who likes to know the outcome before she makes a choice, but of course when you add love into the mix, things go awry.

...a fun and very readable coming-of-age story for teenagers with an interest in fashion, travel and life after high school.

Bateson’s characters are realistic and relatable and while any true romance has a touch of the unrealistic to it, the reader will be swept away, hoping for the best.

Bateson has capture the absolute essence of growing up, facing challenges, making decisions, having the heart ‘broken’, in the heady, undeniable magic that is Paris, to create a totally enjoyable romp with love, fashion, food and life, as can only happen in Paris!

Bec and Jacs at Pocket Full of Dreams

In this book we follow Lisette’s self discovery journey as she strives to find her path. What she wants in life, not just what people expect of her or her mother wants for her. Its a common experience (although not in Paris) for most of us at this age which makes Lisette very relateable.

I probably should declare my bias now. I love Paris; it is one of my favourite cities, and I love Catherine Bateson’s writing. So I had the entire package here, bliss!

Paris ‘heals all wounds’ in this coming of age tale about an eighteen-year-old girl who is trying to find herself....This is a heartwarming romance...

re homely – and other places and sights I used in my latest book, Lisette’s Paris Notebook. I was so delighted when I found Place Colette – I have always loved Colette’s writing! It seems to me completely fitting that the Metro station entrance at the Place Colette is called ‘Kiosque des noctambules’ and designed by Jean-Michel Othoniel. There are two cupolas – one represents night and the other day. It seemed fitting to end with the beautiful statue at St Pancras station and the shelves of Doc Martens – these were on display in Camden, where I stayed when I visited London for the first time. Hugo’s old stamping ground! 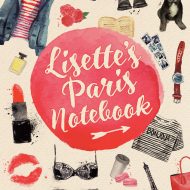